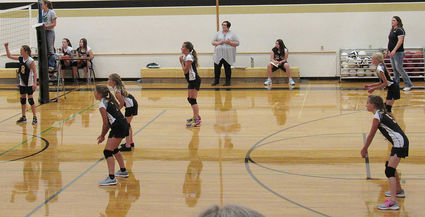 In the first match Drummond served first, and by the end the score was 25 (SLE) to 17 (Drummond).

The second match Dani Sexton served and SLE won 25 to 14.

SLE has amazing servers on the C team. The servers hit the ball over the net so the teams are able to play the ball. If you can't make a serve over, then the other team gets a point and you don't want the other team to have more points than you.