Honoring Those Who Served 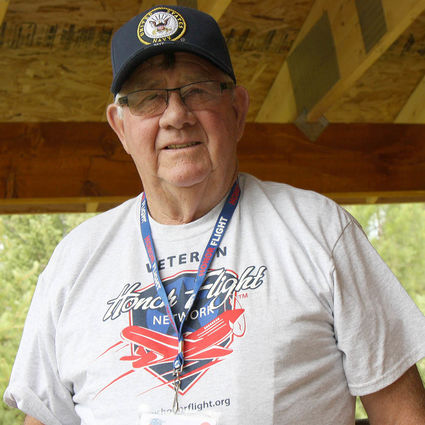 Jim Cearley wearing the t-shirt given to all Honor Flight veterans.

SEELEY LAKE – Jim Cearley served four years in the United States Navy, three years and three months of it at sea. He engaged in no military conflict because, as he categorizes his service time, "it was between the Korean War and the Vietnam war." But serve he did, and that was reason enough to qualify him for an Honor Flight trip to Washington D.C.

Cearley said all he had to do was fill out some paper work, find a guardian to accompany him – his son filled that role – and get to the Helena Regional Airport on June 10 by 7 a.m. Everything else from his airfare to the two-night stay in...