By Rick Graetz
Department of Geography University of Montana 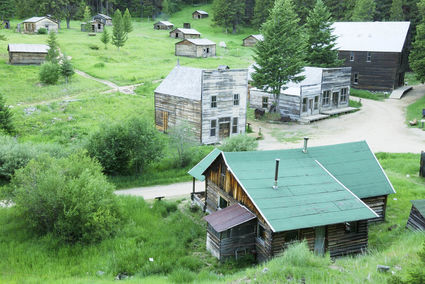 GREENOUGH - It's quiet now, especially when heavy snows descend on the Garnet Mountain Range. More than 120 years ago though, Garnet was a boisterous place, going full blast even in the harsh winter months. Its main link to the lower elevations was a rough and somewhat torturous road that led south along Bear Creek to Bearmouth on the Clark Fork between Drummond and Missoula.

The old town is part of a mining district that covered an extensive area of these mountains. Placer gold was first discovered in 1865 on Bear Creek's lower reaches, giving birth to short-lived Beartown. Garnet, site of...