Eagles Fly Through the Copper League 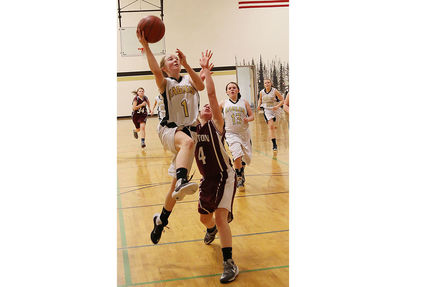 Terra Bertsch led the Eagle's A Team scoring 22 of the 28 game points. The Eagles beat Clinton 28-8.

SEELEY LAKE - The Seeley Lake Elementary Eagles girl's basketball comes to a close this week. Following their tournament Feb. 6, they played Copper League teams extending their season for a month. As of March 7, they had gone undefeated in the Copper League.