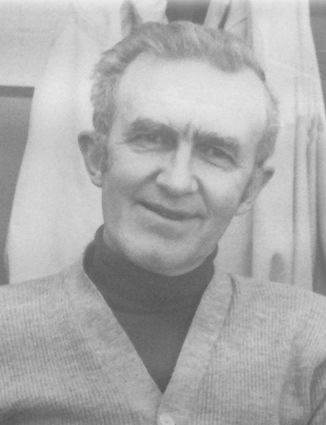 SWAN VALLEY - Vernon Guyer, 87, a current resident of rural Dent, Minn. died Wednesday, Feb. 3. Previously, Vernon and his wife Joanne lived in the Swan Valley for 20 years and for many years before that they made frequent visits to the Valley.

During his teens, Vernon worked summers in western Montana for the US Forest Service, alone for weeks on a 40-foot high lookout tower watching for forest fires. In service and solitude, he began a lifelong appreciation for the wild and natural beauty of Montana.

He then joined the U.S. Army, and served with the U.S. Occupation Forces in Italy.  Upon his discharge in December of 1947, he returned to Fargo and taught the family how to make "pizza pie" - something he loved in Italy.

Vernon then went on to further his education at what is now North Dakota State University and University of Montana School of Forestry, graduating with a BS Degree in 1952.  During that time he worked for the US Forest Service and later Northern Pacific Railroad doing fire control and maintenance.

Vernon then decided to take a different path and returned to North Dakota State University earning a BS and a MS in Chemistry in 1957. Vernon found work as a chemist at Honeywell in Minneapolis.

He continued to work in Minneapolis as a research chemist first at Archer Daniels Midland (ADM) and then at Conwed Corporation. His research earned several patents. While working full time and raising a family, Vernon earned a PhD from the University of Minnesota Department of Forestry Resources in 1974. For his final two working years, he was a professor at the University of Minnesota bringing his experiences of nature and industry to the classroom.

Preceding him in death were his parents Charles and Nellie and Timber, the best dog he ever had.

Visitation will be held one hour prior to the memorial service. The service will be at 2 p.m. Saturday, Feb. 13 at Maine Presbyterian Church in rural Underwood, Minn.

Olson Funeral Home, Fergus Falls, Minn. is in charge of arrangements. Online condolences may be sent to http://www.olsonfuneralhome.com